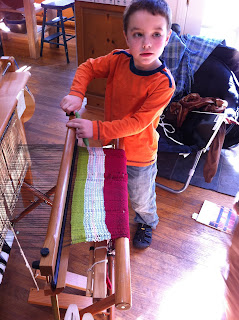 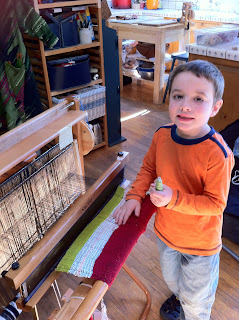 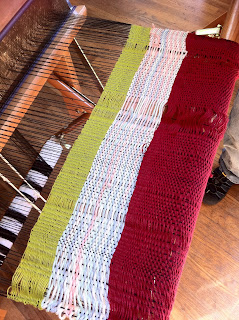 Last fall Lucian received his own Saori sx60 loom because he absolutely loved weaving. And at the age of 6 years his enthusiasm is truly catching. His mom brought his loom over for some warping the loom help, Yes there were some broken threads but it is Saori weaving and they are welcome and not not mistakes. his mom has a saori loom loom as well, they were competing for the one loom, I wish every one had a child that  wants to weave and competes for loom time!! As soon as the warp got tensioned, and i mean within seconds, he was saying can I weave now!  He sat down and wove off three colors of yarn on some bobbins I had  wound at the studio.  Finely his mom had to practically pry the shuttle out of his hand with the promise  that he could take the bobbin home and weave. As soon as he arrived home, That is exactly what he did. Happy weaving Lucian!
Posted by Jill Nickolene Sanders at 5:17 PM

I Love to hear from my blog readers
Jill

Day 5  and 6 peddle to the metal to finish the weaving so that Emily can sew her  Saori tops! and so Antoinette can weave her vest!!  ... 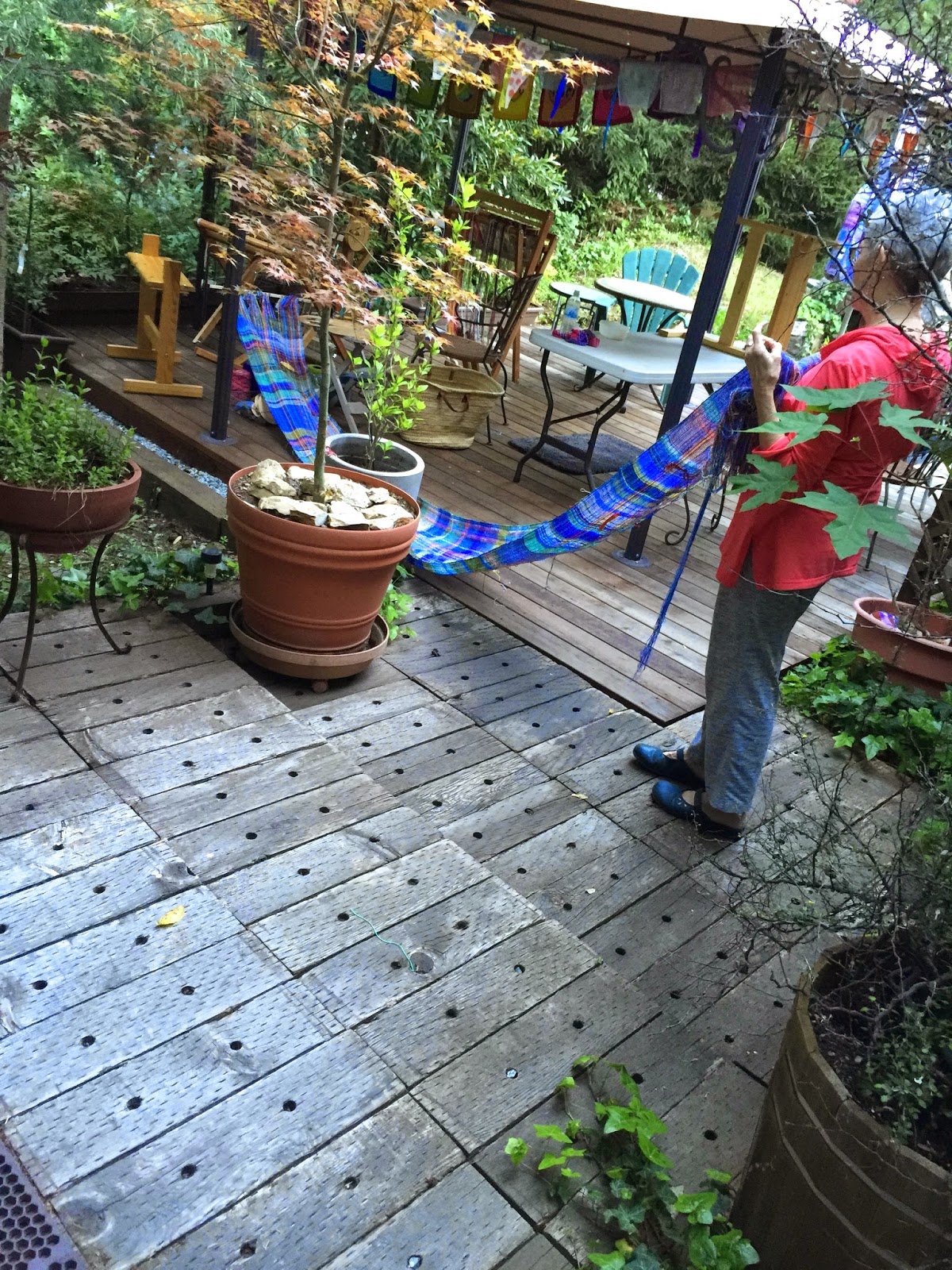 Jill Nickolene Sanders
felton, california, United States
Not one to be mediocre or to conform in my fiber art. my passions are SAORI weaving, spinning, knitting, dyes especially natural, felting and sewing and designing clothing out of hand wovens especially, and teaching all of them. I am a certified Saori studio instructor. please be patient with my dyslexic spelling , spell check does not catch most of transposed letters, ah well i am launch and learn artist! Saori is a registered trade mark of Sakaiselki Sangyo Co LTD All hand made items that are listed for sale and items already sold are original and ⓒ of jill nickolene sanders 20011 - 2017 (Note: I retain copyrights to all designs and images of my work, regardless of ownership.) http://www.saorisantacruz.com

where else you can find me